Many people consider breakfast to be the most important meal of the day. In England, it has always been considered as important but so is mealtime no matter when it is throughout the UK. 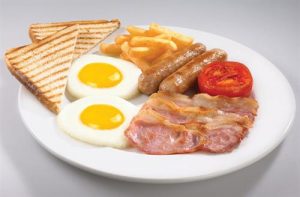 Often the traditional breakfast is called a fry up. It can vary slightly depending on where it is being made or served. But for the most part, any breakfast being served as an English breakfast will have some very close similarities. It does take having the right equipment to pull off a good breakfast. The major components are:

Some have modernized the traditional English breakfast with a few add ons like home-baked beans, for example. They just seem to blend in so nicely with the yolk of the egg once it has been broken. Hash browns are also one of the newer additions.

There are some variations to the English breakfast such as:

No matter which version is chosen each of them holds a food experience that is never to be forgotten.