What is Emery Down?

Emery Down is a small but wonderful village that is found in Hampshire in the New Forest National Park.

For those who are looking for a place to visit that can be classed as quaint then it would have to be Emery Down. It is surrounded by a hilltop that provides a perfect view of Swan Green as well as Lyndhurst.

Previously, visitors that wanted to stay would have had to put up at the New Forest Inn as it was the only Inn found in the village. Now there is the Forest Inn Hotel.

If you are looking to make a telephone call the old fashioned way then you may be tempted to try the red tele box that is present here. However, it is no longer used to make calls but is instead an information centre.

The History of Emery Down 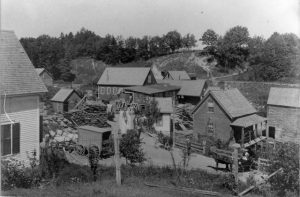 In 1376 the village was recorded as Emerichdon, then in 1490 as Emerysedowne. Bursher Mills aka the snake catcher was born here.

Admiral Frederick Moore Boultbee was a major contributor to the village. It was he who paid for the village church and the village school. In addition to this he also was the benefactor of the five Boultbeel Cottages.

Originally known as the New Inn can be traced back to the first half of the nineteenth century.

Captain Smith was the captain of the Titanic. He spent his last night at the New Forest Inn before setting sail for that last final voyage that was the demise of the Titanic.

Another famous person spent some time at Emery Down as well. This was Sir Arthur Conan Doyle.

There is a lot to learn about Emery Down but more importantly, it is a wonderful place to visit. It has much to offer to anyone that is looking for an enjoyable place to stay.